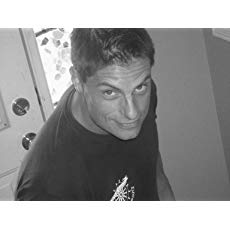 “Look, I’ll be honest. It was only after my third ability manifested that I knew I’d be changing the world. That I’d be attempting to, anyway.”

Their eyes follow me, but as instructed, their mouths remain closed. A near insurmountable feat with this particular bunch, junior especially, but seeing as they’d been privy to my opening salvo, completely understandable.

“And I know some of you have come around to my way of thinking, but people, too little too late became popular for a reason.” I turn to the live feed and address the world. It’s not first time I have done this. I’m sure it will not be my last. Behind me, I hear a few of them readjust their positions. Twelve is their total today. Today, I hope it’s enough.

“Here we are again, yes, but instead of the White House, today I have chosen Capital Hill. Might not mean much to some, but to others I believe the nuance is not lost.”

I hold my look. I stare into the camera. Does it work? I truly don’t know. But as I’ve always been, I’m a man who has clung to hope.

“Many of you see me as a murderer. You are not wrong in this assessment. I am the villain here. Make no mistake. But I have chosen to become a monster in order to contain a monster—because of people like the ones behind me.”

“Two wrongs don’t make a right, correct, but you know what else? The equation failed the human race long ago, we just weren’t aware it had occurred. Children in cages put an end to that. Add a black man out for a jog and an entire race placed beneath the knee of oppression for four hundred years and you’d have to be a goddamn idiot not to see why the center couldn’t hold.”

I stop there. I’m getting heated. It’s nothing new, of course, but as I said, I’m attempting something new. The thought takes me back to that photo-op.  Not only to how that bible had been held, but how those protesters were tear gassed by a man who felt he’d been made to look small.

Looking back, this was the moment I knew.

Wasn’t until he decides to address the nation from the Oval Office two days later that I reveal myself, however. And I know it appeared as though I came out of thin air beside the man, but that’s not how it works. I move differently now is all.

It’s when the secret service attempt to draw weapons upon me that the entire room becomes a vacuum, though. I wouldn’t allow them to move. Each muscle fibre within them held at bay by my second ability, the one I woke up to last fall.

I look to the camera then—the camera focused on the President of the United States in his chair that day. My promises made, I reiterate how it began for me, from his mocking of a disabled man and then back to the aforementioned children he’d chosen to keep in cages. Only when I bring up how he failed to condemn nazis, saying there were good people on both sides, do I reach into his mouth and pull out the bottom part of his jaw until it separates from his chest.

As I hoped it would, it gets my point across, but not before actions are taken and in through the window behind me, they attempt to shoot me in the back of the head. I am not phased, of course, and the world sees as much, the sniper’s bullet and my first ability combining to create an image you only find in comic books.

But I am not done.

Which brings us back to here, with the men and women I have brought together today.

“And to be fair, I did warn you I’d be back.” True. I just didn’t tell them who I’d be choosing. Makes me sympathetic to why some of them were weeping openly now. All told, caught out as they were, I’d be crying too.

“But there’s been a development,” I say, and inform them of last Wednesday, when my latest ability manifests itself and how I now had one new trait for every year of this particular Presidency.

Correction: what was this particular Presidency.

“Now I want you all to listen,” I continue, turning to address the larger audience tuning in. “For some of you, what is about to occur, it might very well happen within your personal space. Brace yourself is all I can say.” They would never be ready, though. Not as they should. I am something that has never been. Some would suggest I’m a god now. I’ve decided to go with evolution, or a different type of evolution, and one where the evil that people do can now be fought on level ground.

I raise my hand. I clench my fist.

And around the world implode the heads of more than eight hundred and sixty million rapists and pedophiles at the same time. One step better is Melania’s scream, there as she’s drenched by what remained of Lyndsey Graham.

“Hmm,” I say and hook a thumb back behind me as I do. “Always thought that Lady G business was the reason he chose to throw McCain under the bus. Looks like I was wrong.” It’s enough, and it ensures the majority can no longer abide by my one rule. But it’s not just screaming that begins. Others start to grovel. More beg. Pence, Barr, and Kelly-Anne most of all.

I snap my fingers and in an instant, they implode like Graham. The aisles of Congress now flowing with actual blood. I move on to Ivanka and Jared, pushing them through Melania and creating something that would make John Carpenter proud. I take Nunes next, his buddy Gaetz, then Eric and Don Jr.  It’s swift, compact, and Eric’s head rolls furthest of them all. McConnell I save for last, and I let him bleed out only after the last of his skin had been removed.

I turn back to my audience. I repeat that I’m not the good guy; that I know my trespasses and what they represent. I will change things regardless, I say, and then to those still listening, I go on about Russia, about China, and every other country I plan to visit.

I speak of returns as well; that I was not yet done with America and its sins. I mention Karla Homolka, Casey Anthony, Jim Jordan, Brett Kavanaugh, George Zimmerman, O.J. Simpson, Sarah Sanders, Stephen Millar, and advise every other enabler/facilitator who continued to stare at their screens and believed this all to be a dream to expect a visit from me as well.

I say I will get them all, but that I once I had, I held no plans to rule. That when I was done, I’d be done, and the only thing to ever pull me back would be if human decency chose to waver once more.

What I state last is the root of it all; the thing I would take care of next.

“All right,” I say. “Now that I have your attention, who’s up for redistributing some wealth? Who’s ready to dismantle some billionaires?”

Through the concrete, I hear the world respond.