People have been talking about Bookshop as an alternative to the ‘zon so I hopped over to set up my profile there and see what they have. Disappointingly, they have a very patchy collection. Ironically, as they sell themselves as a booster of independent bookstores, you’ll mostly find volumes from the not-so-indie presses. I tried to add some things with ISBNs, but if it’s not in their database, you can’t add it. Out of the couple dozen (?) or so books I have out, I found a random 5.

Unable to burnish my own self-serving profile, I decided to set up some recommendations, including a ‘Godmothers of Noir’ list. I figure I’ll add to as I go along, but as you can imagine, I ran out of steam because data entry is boring. So to prod myself into doing more, I offer a couple recs here.

Elisabeth Sanxay Holding was ‘the top suspense writer of them all’ according to Raymond Chandler. Jake Hinkson agrees, acknowledging that the reason she tends to be dropped from the noir canon is largely because she doesn’t fit the hardboiled cliché. He argues that despite her ‘comfortable’ appearance, ‘I’d wager everything I own in the world that if you could have sidled up to Holding at some stuffy dinner party and asked her what she was really thinking the answer would have been darkly funny and perceptive.’ 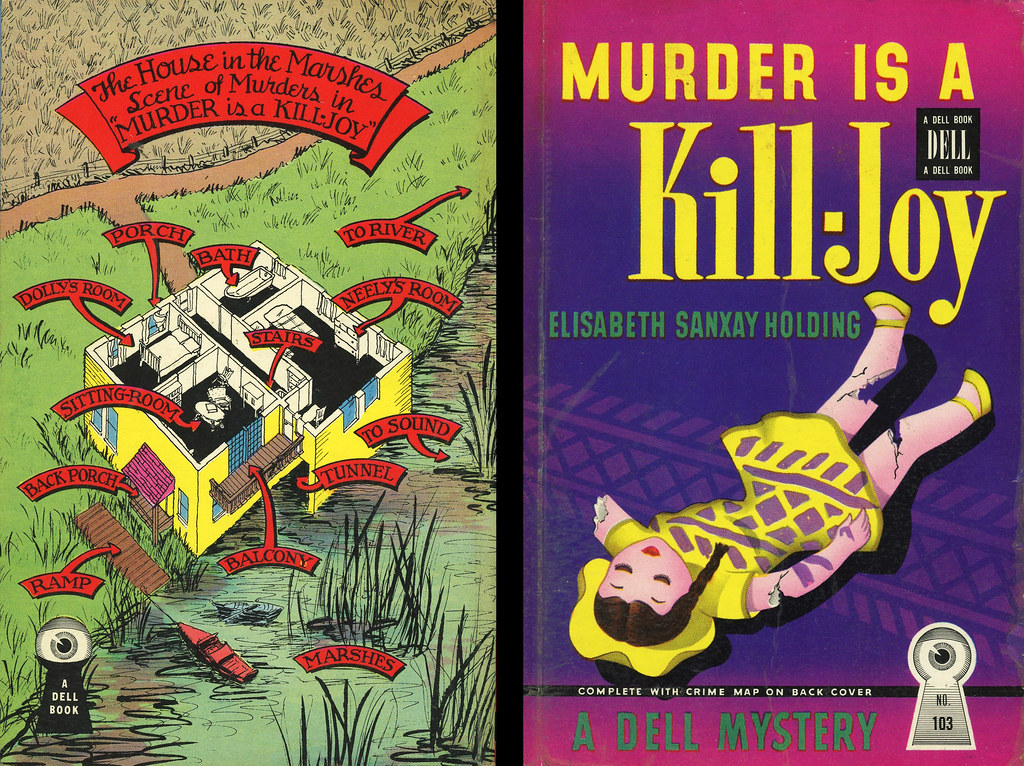 KILL JOY (1942) is the story of Maggie MacGowan, a young woman with ambition working as a servant in quiet house when she’d much rather be working in an office. While the housekeeper reads the sensational headlines about a local murder, tutting that the young woman ‘brought it on herself’ probably from wearing pajamas or shorts—‘and shorts they are!’ Maggie chafes at her position, but release comes through trying to help the young niece Miss Dolly, who flatters her ego and then confides in her like an equal: she’s in danger and afraid and needs to flee. She wants Maggie to come as her secretary. Because Dolly appears to be everything chic and sophisticated in her eyes, and she’s getting threatening notes from someone who signs his name as Othello, Maggie is won over to the scheme and they sneak away.

It all seems exciting and romantic but Maggie is dismayed to find they arrive in the dark of night at a ‘nasty dirty’ little house on the water. There’s no food but there are two strange men: Neely, a Dutch artist who seems unconcerned with anything, and Johnny Cassidy, a smooth talking fellow who alternately entrances and disgusts the young woman. One minute he’s putting on a cod Scots accent to tease her and the next he’s muttering dark drunken ramblings.

Dolly’s lawyer shows up but soon appears floating in the estuary. And things really begin to unravel. At first Maggie is primly determined to get herself out of the increasingly-gothic surroundings, but she’s checked first by sympathy for Dolly and then by a growing fear that she can’t escape. The bohemian group intermingles with the local Long Island gentry. Maggie learns that all the ‘class’ she attributed to Miss Dolly is really embodied by Gabrielle Getty, whose husband is another circling around the eternal victim—unless it’s Miss Dolly herself who’s only playing a part.

The book will keep you guessing as to who’s knocking off one inconvenient person after another right up to the end. It’s fascinating to see the changes in Maggie who is initially crushed by finding out that she’s not as smart as she thought she was, yet bounces back with real courage and plenty of pluck. 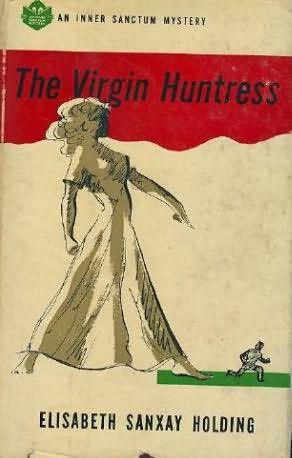 THE VIRGIN HUNTRESS (1951) could not be more different. Like Hughes’ In a Lonely Place (1947) this novel plops us into the mind of misogynist, self-pitying manipulator. The novel opens on V-J Day, neatly taking advantage of the noir hinge between the war and post war periods. Montford Duchesne is not quite in the same celebratory mood as the rest of the population. The end of the war means the end of his job in the shipyard on Staten Island. It means more difficulty coping with his landlady’s daughter Gwen, who’s determined to marry him. He thinks he deserves better things.

It’s interesting how different Maggie’s ambitions – initially just as self-deluded – compare to Monty’s: Maggie realises it’s herself that needs to change; Monty stubbornly waits for the world to change around him. And there’s that thing he can’t quite bear to think about in his past. The (mostly female) ghosts that haunt him lead him to a random change of plans. In the chaos of the celebrations, he wanders away from his would-be fiancée to offer assistance to a couple of women in a Rolls who are being menaced by a sailor who’s trying to force them to celebrate with him.

The rescuer gets invited along since they’re all heading back to Manhattan and at first it seems like a dream come true for Monty: away from his down-at-the-heel life and into the wealthy world of Argentian oil wealth. So what if Rose has her suspicions about him. Her tia Luisa takes an instant liking to him and invites him to use her brother’s hotel room while he sorts himself out.

Monty veers from arrogance to abject self-loathing: ‘This time he paid, this time he tipped, lavishly. Maybe she was noticing. After all, he thought. I’m not an oaf. Not a hick. My father’s people…I went to a really good school.’ Like Dix Steele, Monty wants all the things he thinks he deserves while knowing the world is against him. Oh and there’s that thing haunting him, that give him nightmares and makes him sweat and act belligerent and desperately try to fix things so no one will find out just what he can’t bring himself to remember.

Both of these books will grab you and have you flipping pages right to the end. While some of the noir tropes will be familiar, you’ll find plenty of surprises, too. Even bit part characters are memorable and distinct (wow, Monty’s mother). See the ongoing list of ‘Godmothers of Noir’ here.