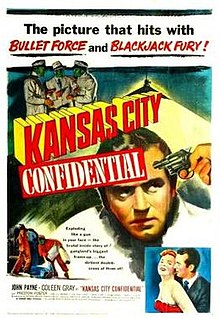 When I’m not thinking about grifters, I’m probably thinking about heists. There’s a good bit of overlap in the miscreants involved in each, I’m sure. Are we talking fiction or non-fiction? I hesitate to call it reality. Does anything seem real right now?

With news that there’s was another big art theft this week, we can guess that people are taking advantage of the distracted state of the world under pandemic. Old Masters worth $12 Million looted from Oxford: some fancy paint there. But will the thieves earn that much? Probably not:

While unauthenticated works can easily make their way through the open market, that’s not the case for known pieces of art. As soon as stolen works are listed for sale, authorities will seize them. Thus some art criminals turn to the black market, where stolen works fetch a far lower price than their actual worth.

Likewise the theft the other day that nabbed a Van Gogh. You can’t help but wonder if a specific collector was making use of the lockdown time to acquire something he’d been wanting for a while. I love how the staff are reported to be “shocked and unbelievably annoyed” as one might expect. Capitalising on the prurient interest, the news site leads to another heist, jewels this time. There have always been those who were not willing to wait for the things they want.

This of course puts me in mind of Jean-Pierre Melville’s influential Le Cercle Rouge (1970) with a mustachioed Alain Delon, a surprisingly seedy Yves Montand as the alcoholic ex-cop with some very unbelievable DTs, and André Bourvil as the dogged Captain Mattei. I like to imagine a string of cosy mysteries with Mattei and his cats. The (alas, out of print) Criterion edition of the film includes interviews and footage of the Stetson-hatted Melville as well as an essay by John Woo talking about his influence. With its Gallic languor and genesis from a Buddhist quote, the film offers a heist that is doomed before it ever starts.

The American take on the heist is often much more triumphant. This week my students are watching Kansas City Confidential (1952) which offers a more mundane bank heist but with some innovative differences: none of the heisters (is that a word?) know each other and they’ve all worn masks, so they can’t identify each other. They were brought together by a Mister Big, who has set up an elaborate gig, sending them all to Mexico to wait out the heat.

Hey, Lee Van Cleef and Jack Elam! A gum-chomping Neville Brand. Jack Payne stars as a down-on-his-luck but amply-medalled vet (hey, this is #noir after all) who finds himself the fall guy when his delivery van appears to be the getaway vehicle. If the lazy cops won’t crack the case, he’ll go to Mexico and sort it out. Yes, some unfortunate brown-face: ironically African-American actor Dona Drake had an interesting career passing as Latina (hint, filmmakers: a great story to be done there).

Colleen Gray shows up as the innocent daughter of Mister Big who’s studying for the bar (of course) but takes a liking to Payne’s ex-con (who’s pretending to be Elam’s characters – it’s easier to follow in the film) and has no idea what her father’s been up to. Cue some sneaking around by everyone, some really terribly choreographed fist fights and not enough Van Cleef glowering. It’s entertaining nonetheless. I look forward to my students’ comments on it.

Are you planning a heist for the lockdown? Watch a few films to see where they always go awry. And wear a mask – it’s a good idea even if you’re not pulling a needlessly complicated heist.

K A LAITY IS ON THE LAM HERE.

One thought on “Art/Heist by K. A. Laity”