Like a fool, I’m always tinkering with the list of films I teach in the Film Noir course — making it doubly harder this term because I decided to do Neo-Noir too. I decided to include NO WAY OUT because it still packs a hefty punch, especially for a film from 1950. If you look at the packaging or the trailer (https://www.youtube.com/watch?v=QzsY1-GQ5WM) you’d think it was typical noir fare with Richard Widmark and Linda Darnell, but it’s really about Sidney Poitier’s character, Dr. Luther Brooks. Widmark is a racist hood, brought into the hospital with his brother who dies as Brooks works on him. He swears revenge and refuses to allow an autopsy to prove the doctor’s theory about his cause of death.
Vigorous use of the N-word mostly from Widmark, and a whole lot of casual racism throughout. The chief surgeon is a ‘I don’t see race’ type which was probably meant to make him seem like a good guy in the script written by two white guys. But Poitier is electric in his first screen role, as is Mildred Joanne Smith, who plays his wife Cora. The legends Ossie Davis and Ruby Dee play his brother and sister. It’s great to see a black family just being family on screen. It’s interesting too that Widmark’s other brother George is played as a deaf by Harry Bellaver, though they don’t seem to use ASL.
Of course Widmark escapes from the prison wing of the hospital and stirs up the other white hoods into an attack on the black neighbourhood. Will Linda Darnell fall back into her criminal life or will she do the right thing? Good stuff.
K A Laityis an award-winning author, scholar, critic and arcane artist. Her books include How to Be Dull,White Rabbit, Dream Book, A Cut-Throat Business, Lush Situation, Owl Stretching, Unquiet Dreams, Chastity Flame, and Pelzmantel. She has edited My Wandering Uterus, Respectable Horror, Weird Noir, Noir Carnival and Drag Noir, plus written many short stories, scholarly essays, songs, and more. Follow her on Twitter, Instagram or Facebook. She also writes crime as Graham Wynd. 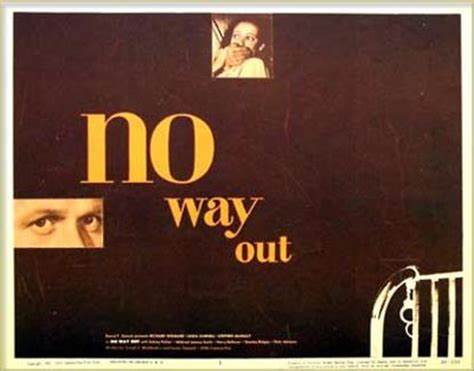