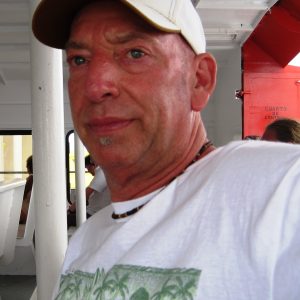 What if I told you things about me no one else knew? Things no one would probably expect from me?

I wonder what you would think; wonder if you would be surprised or-more likely –shocked.

You see, I’m not who I appear to be. I am not the man you think you know.

I am not the man with the nice house with the manicured lawn, the two cars that are always clean and the one house on the block that always has perfectly hung Christmas decorations.

I am not that guy you see with the beautiful wife and three adorable kids. Not the person who smiles as he collects the offering at church every Sunday morning. I am someone else. And to be honest, that person scares the shit out of me.

You want to know about the real me? You’re sure?

Okay, you asked for it.

When my neighbor’s dog shits in my yard and he doesn’t clean it up? I fantasize about rubbing his face in it then smashing his head in the gutter over and over until it is nothing but raw, bloody pulp.

You laugh a nervous laugh. Barely perceptible but I noticed. See, I knew this would happen. But I’m just getting started.

That young girl who lives up the street? Yeah, the one who dresses like that?

I daydream about holding her hostage in a cabin deep in the woods. And that’s not all I think about doing to her.

I see that you’re starting to back away. Don’t go. I’m not done yet.

Some people count sheep when they can’t sleep. Not me. I make a mental list of everyone I want to kill. People I counted as friends who  have wronged me, enemies from young adulthood, co-workers who have thrown me under the bus, political figures I disagree with and most all that asshole of a boss who treats me like something he scraped off of his shoe.

I make that list and find it soothing. It really helps me sleep.

So there you have it. That’s what goes on in my head, all that and more. See, I’m not all who you think I am. I constantly wonder if I’m capable out carrying out any of these things. I wonder if other people have these kinds of thoughts.

I can tell by your reaction that even if you did you would be afraid to admit to it. For a long time I was petrified too. But just telling someone makes me feel better.

But I am terrified. What would happen if I did any of those things? What would people think of me? What would they say?

But you know what scares me most of all?

Thinking about what I have to do to you now that you know.

Bio: Inspired to write by Crumley’s The Last Good Kiss and the poems of Brautigan and Hugo, Bill Baber has worked as a ranch hand, bartender, truck driver and, for a while, as a sports columnist. His crime fiction has appeared at various sites on the net. A book of his poetry, Where the Wind Comes to Play was published by Berberis Press in 2011.He lives in Tucson with his wife Robin and a spoiled dog. He has been known to cross the border just for a cold Mexican brew. A novel in waiting can be found somewhere on his computer.